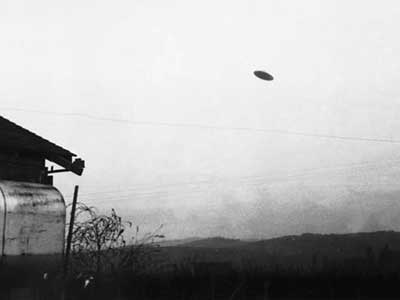 Two of the most iconic UFO photographs in American history were taken by farmer Paul Trent near Mcminnville, OR on May 11, 1950. He and his wife Evelyn saw the classic disc shaped craft, grabbed their Kodak camera, and made history. The photos, which were reprinted in Life magazine, are considered a hoax by many. Others, however, maintain their credibility as genuine photographs. According to astronomer Dr. William K. Hartmann, "this is one of the few UFO reports in which all factors investigated, geometric, psychological, and physical, appear to be consistent with the assertion that an extraordinary flying object, silvery, metallic, disk-shaped, tens of meters in diameter, and evidently artificial, flew within sight of two witnesses."